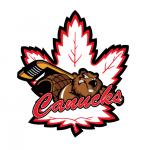 The Niagara Falls Canucks would like to congratulate the award winners announced at the annual GOJHL-Golden Horseshoe Conference banquet for the 2017-2018 season.

Justin Kyle was awarded the J.P. Thomas Memorial Trophy as the GHC Most Improved Player.

Additionally, Trevor Stenhouse was awarded the Volunteer of the Year for the NF Canucks.

Great job by all of you; your recognition is well deserved!! 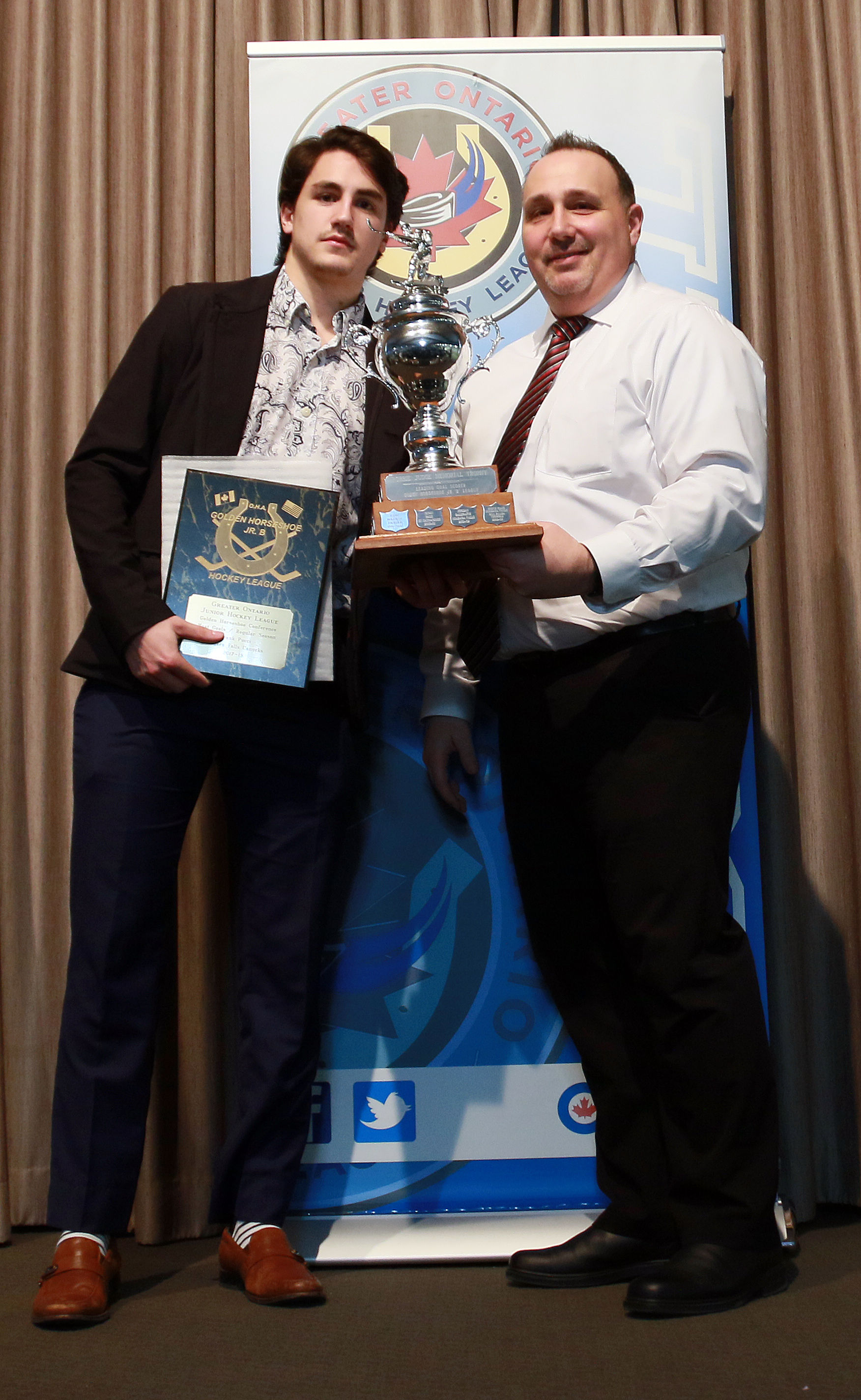 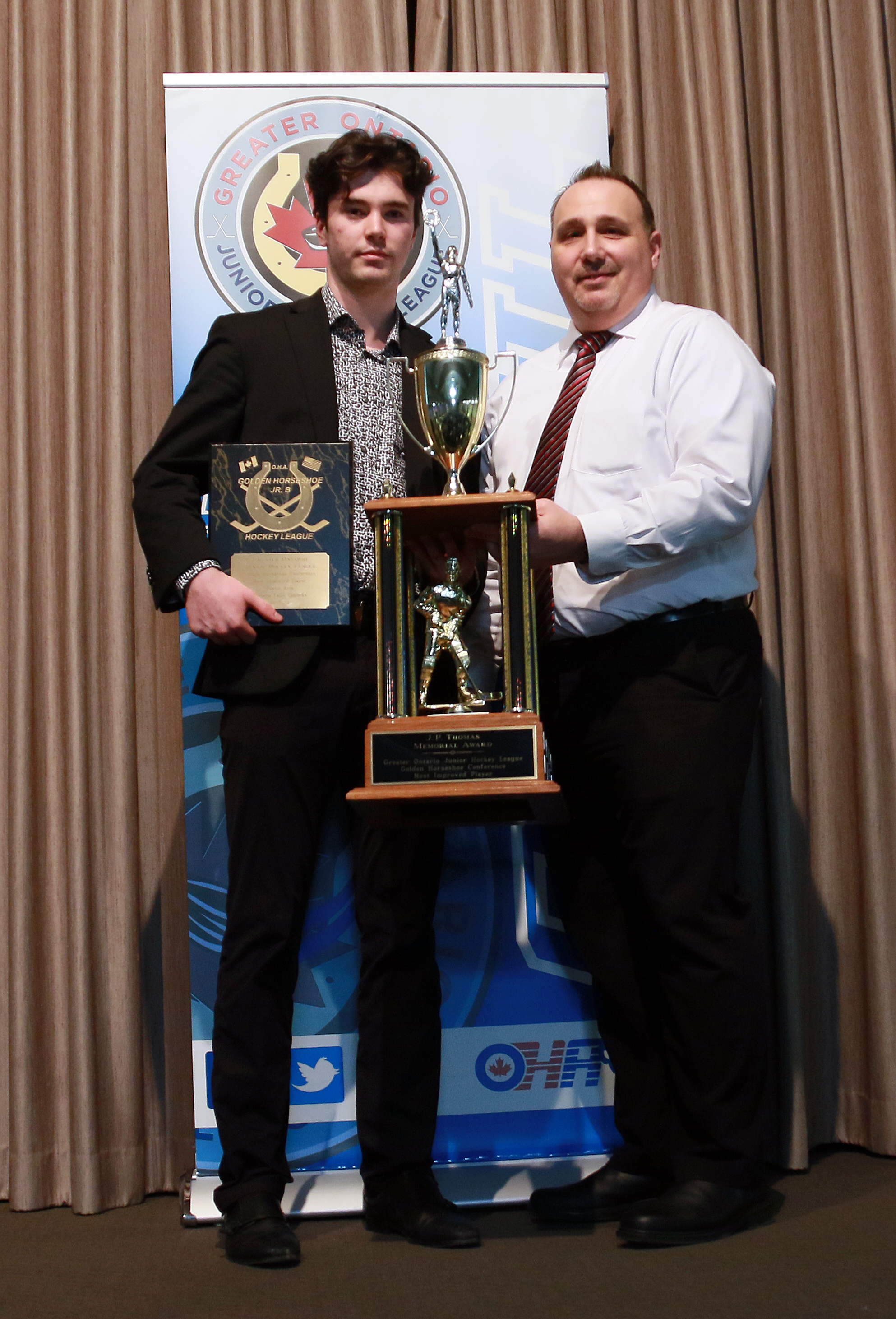